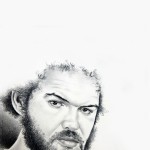 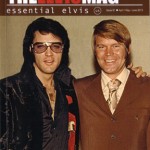 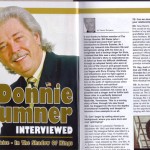 For those who subscribe to THE ELVIS MAG, you have already received your April/May/June issue featuring Elvis & Glen Campbell on the cover. Of particular interest in this issue to me is the Donnie Sumner Interview. Donnie was a songwriter and backup singer for Elvis. He tells the story of leaving the Stamps and organizing his own group called The Tennessee Rangers. Later, Elvis hired the group and renamed them “VOICE”. The group consisted of Donnie, Sherill Neilsen and Tim Baty.

The latter of this trio is of particular interest to me. During the late 70s early 80s both Tim Baty and my family resided in Hendersonville, Tennessee. We attended church and bible studies together. Tim and I saw quite a lot of each other. Tim was an accomplished singer and I admired his talents as a musician. Elvis recorded one of Tim’s compositions titled; “Thinking About You”, a beautiful song. Tim had some wonderful memories of Elvis and a fondness and respect for the man himself.

Tim had a great face for an artist to draw and I did just that. Here are a few photos I took and the original pencil sketch of Tim. Also, a video I found on YouTube of Elvis performing “Thinking About You”.