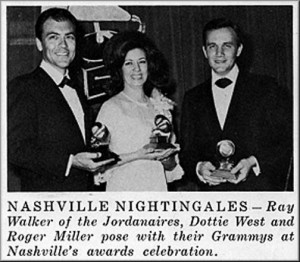 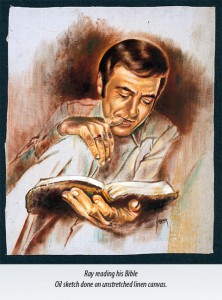 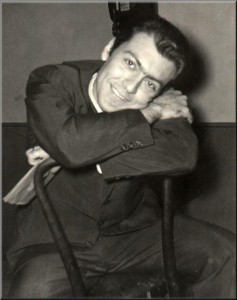 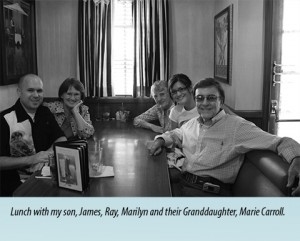 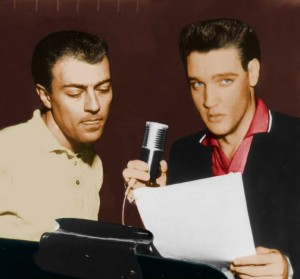 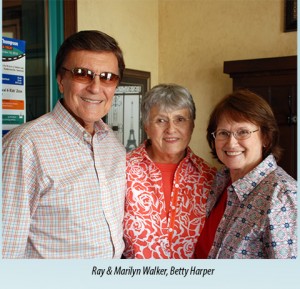 People come in and out of our lives for many reasons, I am glad that Ray Walker was one who came into my life and stayed. Our paths crossed in Hopkinsville, Kentucky in 1969 where he was headlining a youth rally. What a talent, he put on a fabulous show. Without that chance meeting, I would not be sitting here today and writing this blog. Ray was responsible for me coming to Nashville to pursue my career as an artist.

With my husband and two children, we moved to Nashville where we lived with Ray and his wife, Marilyn, for three weeks until we were able to get settled into our own house. Ray took us everywhere, recording sessions, taping, we met so many people it was quite an experience.

Ray came to Nashville in 1952 to attend David Lipscomb College immediately after graduating from Andrew Jackson High School in Jacksonville, Florida. Ray was Chaplain of his graduating class at both schools.  Ray became the bass singer in the college quartet that Pat Boone was also a member of the group. He began doing local television and various shows, both, on his own and with the quartet.

In September 1954, a junior in college, Ray and Marilyn married. Ray dropped out of school in 1955, moved to Centerville, Tennessee, where he helped to build a radio station, WHLP, worked with the local Church, and, became the youngest school principal in the history of Tennessee. He came back to college in 1956 and graduated in June 1957, with a BA Degree in Speech, Music, Bible, and, Education; worked for Werthan Bag Company during the Summer. By that time Ray and Marilyn’s third child was on the way.

In 1958, Ray was teaching school in Davidson County, where he was the Assistant Principal, Coach, and commanded a split seventh and eighth grade class. In April, Gordon Stoker called the music department of the school inquiring about a bass singer that might be suited for their group. Ray was suggested. Ray was called that afternoon, auditioned at 11:00 pm and the next day was asked to go to Hollywood to record. He went, came home and completed his school year of teaching, and joined the Jordanaires, officially, June 1, 1958. His first session birthed one of my favorite Elvis songs, “A Fool Such As I”

During the early 1960s; Ray Walker, Neal Matthews, Jr., Hoyt Hawkins and Gordon Stoker helped mold the genre of Country Music known as “The Nashville Sound”. If you recorded in Nashville in the 1960s and 70s odds are the Jordanaires were standing behind you.
Since that time, while working with the Jordanaires, Ray has been involved in over three thousand sing-outs, youth rallies, and appearances of his own. Ray was the Bass Singer in “THE JORDANAIRES” for 54 years and 345 days. Upon the passing of Gordon Stoker, March 27, 2013, “THE JORDANAIRES” as a group, officially, came to an end. But Ray continues to perform and lead singing at his church.

Ray has been recorded nearly every week since he was 13 years old. He recorded on average 200 songs a week, and it is estimated that he has been recorded on more than 200,000 songs. It is possible that he is the most recorded voice in the history of music over his 66 years of performing and teaching.

As a friend you could have none better. Thanks Ray for being my friend.
Biography from http://www.jordanaires.net/RayWalker/raybio.htm