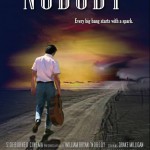 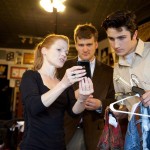 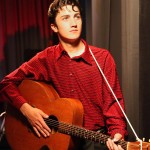 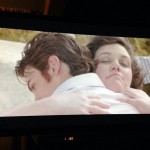 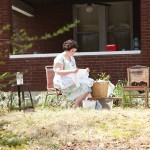 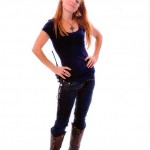 My Daughter, Loretta Harper Designer for the film “NOBODY”, the latest Elvis Presley adaptation.

Movies and how they are made are a complex procedure. Taking many talented people and countless hours to execute in order to give the viewer entertainment. For the past 21 year, it has been the job of my daughter, Loretta, as Key Costumer, to make sure that talent is always prepared, in every way, for their next scene. Loretta’s job is not directed at the entertainment aspect but rather to making the talent look good and at this task she is a master. Whether it be stars like Sandra Bullock, Jack Nicholson, Ann-Margret and everyone in between down to all the extras she is the star talent in the Key Costumer category.

Recently, she put that talent to work as Designer on the new William Bryan film “NOBODY” about Elvis and the spring talent show that sparked the big bang of rock ‘n’ roll. The biographical production was filmed entirely in Memphis in April 2014, recreating true events at Sun Studio and within the Humes High School auditorium where Elvis performed on April 9, 1953. There will be a Q&A session with Director and Producer William Bryan along with the lead cast members. Proceeds from the screening will go to St. Jude Children’s Research Hospital.

From day one of shooting Loretta would text me shots of what they were doing, which was fun to watch, like being a part of everything. I would look at the pictures then file them away. As I was going back through them one caught my eye and I kept thinking about it so I pulled it up and took another look. The actor, between scenes, was walking across the front yard to the steps of his house and it really caught my attention as to how similar he looked to Elvis in the slant of body and how square his shoulders were. From that I could not work fast enough to create the poster for “Nobody”. Here was a young boy, unknown, headed down a road that he would travel alone and it would not be a smooth road but his destiny was set and he carried himself well.

I look forward to being in the audience at the Studio on the Square, 2105 Court Avenue in Overton Square, August 13th for the World Premier Screening to see the film with other fans.